We always teach proper and common Chinese words on our Chinse blog. But today, we thought you might want to know a bit of Chinese bad words. These are some words that teachers don’t teach, yet the Chinese use them very often.

It is essential to learn some insults, so people don’t take advantage of you. And yes, so that you can throwback to them who are misbehaving on you! Let’s dive in!

We’ll start with some of the less offensive bad words. They are not that rude, but enough to express your emotions.

我(wǒ) means me, and 去(qù) means to go. It is just ordinary words literally, meaning “I’ll go.” For instance, you mean “I am going shopping” when saying 我去购物 (wǒ qù gòu wù). However, it means “shit” or “damn” if you say them in a higher pitch. People use it to show anger, excitement, or shock. The higher pitch also expresses stronger emotion. Take an example:

靠(kào) means to rely on or lean on something. For example, it means “I lean on the wall” when I say 我靠在墙上(wǒ kào zài qiáng shàng).

But changing the tone of 我(wǒ) could also indicate an angry or excited expression with this word. 我靠 (wǒ kào) means ”holy shit” or “fucking awesome!”. It is the less offensive version of 我肏 (wǒ cào). You can use 我靠 (wǒ kào) if you want to express your emotion in a less vulgar way.

This is a polyphonic and multi-meaning word. It can mean dry, doing something, and other meanings when combined with other characters.

It is also a straightforward and good word to show how you feel. 干! (gàn) is similar to “fuck” in English. It is especially useful when things don’t turn out how you wanted or if you had a bad day.

Weird, but yes. Though we’re unsure of the origin, eggs play a significant role in Chinese curse words.

They could be from relatively harmless to mean. Let’s take a look:

In Chinese, we use 滚蛋  (gǔn dàn) to ask someone to “fuck off” or leave you alone. You can also say 滚开 (gǔn kāi) or simply 滚(gǔn) with the same meaning.

Combine with the word 笨(bèn),  笨蛋 (bèn dàn) means stupid egg. It is somehow funny but straightforward. People use this to call someone a fool, moron, or idiot.

In Chinese, we mean tortoise when we say 王八 (wáng bā). So, 王八蛋 (wáng bā dàn) is indirectly insulting their parents or ancestors being 王八 (wáng bā).

In fact, 王八蛋 (wáng bā dàn) means bastard or son of a bitch. You can also say the word 王八 (wáng bā) directly, which is still as mean.

It is common to have sex-related bad words in all languages, like how we say “fuck” or other reproductive systems in English. In Chinese, sex-related curse words are rather vulgar, and you should be careful when using them.

逼(bī) means force in general, but also has the meaning of the female reproductive system. Chinese people will sometimes use the character “B” to represent 逼(bī). In this case, 装(zhuāng) is translated into “act” in Chinese. The word 装逼 (zhuāng bī) is used to describe someone being pretentious.

For instance, when someone shows off his new handphone, Chinese people might roll their eyes and say 他又在装逼了！ (Tā yòu zài zhuāng bī le!)  The direct translation is that “He is pretending to be a B,” but it actually means he is being pretentious again!

If you’ve read our article Funny Chinese Words, you might’ve learned the word 牛(niú), meaning cow. But wait. Cow’s reproductive system…? Is it used to scold someone?

No! On the contrary, it means “fucking awesome” or “cool” in Chinese. Sometimes, people just use 牛(niú), like 你牛啊！ (nǐ niú a) to praise someone being awesome. The young Chinese people even formed new words of “niubility” or “newbility,” which means incredibility or awesomeness. They are really 牛逼(niú bī)！

If you’ve learned Chinese Numbers 1 to 10, you’ll know that 二(èr) is two. But calling someone 二(èr) means that they are hilarious or silly in the Northern dialect. So, when combined with 逼(bī), it’s a “double female reproductive system.” It is pretty rude and is equivalent of a “fucking idiot.”

傻(shǎ) is stupid in Chinese, and hence 傻逼 (shǎ bī) means stupid female reproductive system. It is ruder than the word 二逼 (èr bī), yet still very commonly used. Chinese people tend to shout 傻逼 (shǎ bī) when something goes against their side, or when they are furious.

There are also some other bad words related to Family in Chinese. However, you should know there are particular relatives to be used.

Most of these bad words originate from the Beijing dialect. The majority of them are related to females, but you can also find male-related bad words. These words are used to express angry emotions towards others. Take a look at the examples below:

It means “your sister.”

It translates to “your mother.”

The word means “your grandmother.” Remember to add “的(de)” for this word.

大爷(dà yé) is uncle, which is your father’s brother. This word is less vulgar than the female-related bad words since uncle is a further relative.

It means “damn it” or “fucking shit,” with a direct translation of “his mother’s.”

肏(cào) means fuck, and when you say it with 你妈 (nǐ mā)… I guess you know what it means. This is one of the worst swear words in Chinese. Sometimes, it is written as 草泥马 (cǎo ní mǎ), which is alpaca or llama in English. Both words have a similar pronunciation, but 草泥马 seems more polite. 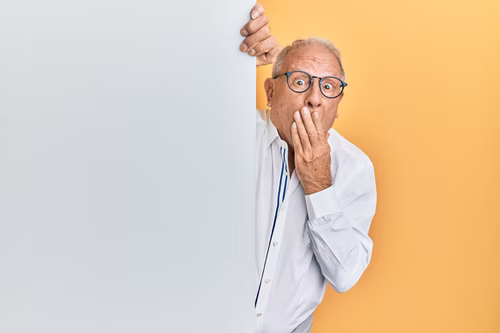 Now that you’ve learned some Chinese bad words, from the less harmful to the mean ones. While there are some more vulgar ones, I think these are enough to protect you from being ripped off.

In fact, bad words are just part of the Chinese learning journey. If you want to learn more interesting Chinese, you should subscribe to Maayot!