Learning a new language is often challenging yet fun. It all depends on how you look at it and how you learn it. Undeniably, the Chinese language is the most complex language to learn. But, it is also among the most interesting ones!

Today, let’s learn some funny Chinese words related to animals. You’ll find it funny when the meaning is finally revealed! Take some smart guesses before you read in full.

But first, why funny Chinese words?

Learning a language is not about just from books. There are also a lot of commonly spoken funny Chinese words. And yes, they are an excellent way to learn Chinese effectively!

You’ll get giggles from these funny words, and that’s the essential part of mastering Chinese. It helps you to relate one word with another better. You can also blend into the Chinese culture by using funny words and slang words! Ready to get some laugh? Let’s dive right in.

Meaning:
吹(chuī) means to blow; 牛 (niú) is a cow. But, why do you even blow the cow?! It means to boast or brag about something.

Origin:
In ancient China, people build rafts out of animal hides. They need many men to blow air into the hides to inflate them. One was obviously bragging if he claimed to inflate a raft by himself. People will say that he was talking big, which is 吹牛皮 (chuī niú pí) – literally means blowing cowhides, or just 吹牛(chuī niú). 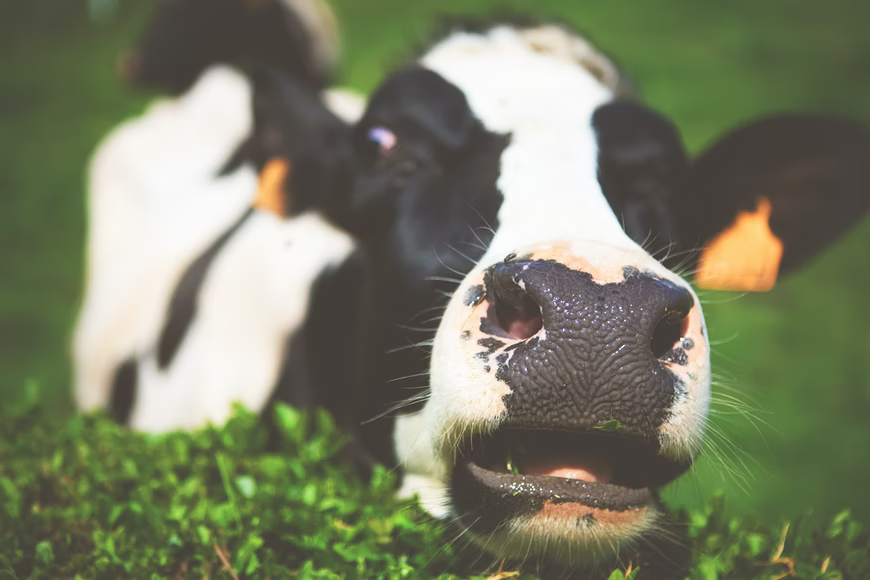 Meaning:
拍 (pāi) is to pat, and 马屁  (mǎ pì) is the horse’s ass. People refer someone to patting the horse’s ass to say that he’s flattering or bootlicking someone. It’s nothing short of hilarious!

Origin:
People in China’s Yuan Dynasty glory in raising good horses. They often pat at the strong horse’s butt when they meet, saying, “What a good horse!” to praise the owner. However, it soon became an action to flatter others, even when the horses are neither good nor strong.

Today, the phrase 拍马屁 (pāi mǎ pì) is to mock people who kiss someone’s ass to make blatant flattery. You can say “拍马屁” directly, or “拍…的马屁” meaning “to kiss up to someone.” For instance, “kissing up to a boss” can be said as “拍老板的马屁” (pāi lǎo bǎn de mǎ pì).

Origin:
In the Tang Dynasty, Chinese people decorated the donkeys or horses with painted kirin skins. It is to add joy to the festive celebrations. However, it is difficult to cover the animal’s feet up. They have no choice but to show the horses’ or donkeys’ feet when performing tricks. That is why the phrase 露马脚 (lòu mǎ jiǎo) means betraying one’s identity.

We’ve learned funny Chinese words about farm animals. Donkeys, horses, cows… I bet you find them somehow ridiculous and amusing. Ha! And that’s what makes Chinese learning fun! You can also check this article about How to Learn Chinese Faster.

Keep on reading – there are more funny words about fish for you!

Meaning:
摸 (mō) is to feel or touch, and 鱼 (yú) means fish. I mean, why do you touch the fish at all?? It turns out that touching the fish means slacking off during working hours!

Origin:
It origins from the Chinese idiom 浑水摸鱼 (hún shuǐ mō yú), literally meaning to catch fish in muddy water. It originally refers to the situation where people take advantage out of chaotic conditions. Today, 摸鱼 (mō yú) refers to situations where people loaf on the job and don’t do their work well.

Origin:
Chinese people used to take along their bedrolls to work. They have to carry it away if being fired, hence the saying 卷铺盖走人 (juǎn pū gài zǒu rén) – packing up and leaving.

Later, people found that squids would curl up when fried, resembling the bedrolls. They started using 炒鱿鱼 (chǎo yóu yú) instead of 卷铺盖走人 (juǎn pū gài zǒu rén) to mean being fired.

Now, what about one more funny Chinese phrase about chicken? It sounds pretty amusing, literally. And when you know the meaning – they are indeed funny. 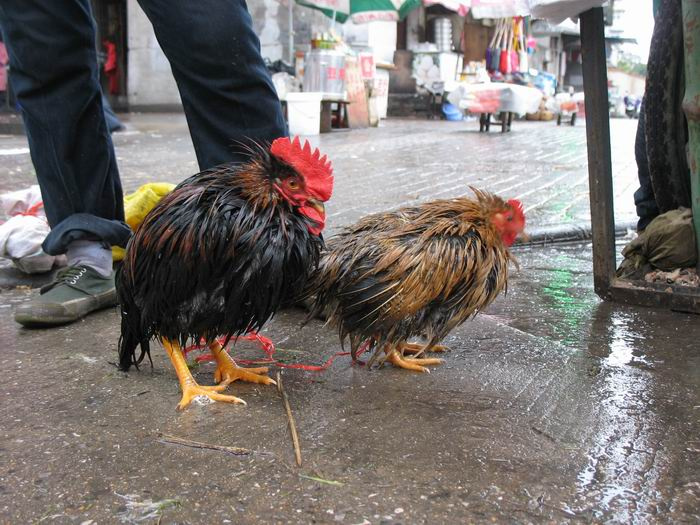 Meaning:
落 (luò) means falling into, 汤 (tāng) refers to the soup. And 鸡 (jī)? Yes, a chicken! Hmmm… a chicken that fell into soup?? Is that a Chinese dish?

Sorry, but no. It is used to describe how people look when they are soaked wet. Like a drenched chicken!

Origin:
Chinese people did not have umbrellas in the past. They have to endure under the hot sun. The worse scenario is that they get fully soaked on rainy days. People find that those who are soaked look like a drenched chicken, hence the phrase 落汤鸡 (luò tāng jī)!

These Chinese idioms and slang words can be cheesy or funny. Whether you had a big or hollow laugh, I bet you’ve earned some Chinese vocabulary. That’s why we say funny words are good ways to master fluency!

Maayot has more bite-size engaging stories for you daily. Subscribe to Maayot to take up the Chinese language fast! Or, you can learn more from the articles below: